Razan al-Lawati is a piping engineer from Oman, which has one of the highest proportions of female engineers in the world. While the UK and many western nations have struggled to attract women into engineering, female representation is substantially higher in countries in eastern Europe and the global south. Just 12% of UK engineers are female. This compares with more than 50% in Oman and Malaysia and three in 10 in countries such as Costa Rica, Vietnam and Algeria, according to figures from Unesco.

Al-Lawati works on the graduate development programme for oilfield services company Petrofac and is based in Sharjah in the United Arab Emirates. She says that 40% of the 130 engineers on the graduate programme are women, hailing from countries such as Lebanon, the UAE, India, Oman and Jordan. She is not surprised that more than half of Oman’s engineers are women, as she says the country’s government has made strenuous efforts to promote the subject among women and she was encouraged to follow the profession by careers advisers. She says the eagerness to go into engineering is part of an awakening among Middle Eastern women. “Engineering has always been known as a man’s job and this has created a bit of eagerness and curiosity in females to prove that there is no such thing as a man’s job or a woman’s job and that we are all equal,” she says.

Al-Lawati studied for a BSc in mechanical engineering at the University of Cardiff, where there were only a handful of women on the course compared with 140 men. She thinks British women wrongly believe that engineering means impossible mathematics, tricky physics and physically-demanding work on sites. “I think engineering is totally different to what people believe,” she says.

“You can expand your career in so many ways, you don’t have to be a technical expert, there are so many different sectors you can enter such as contracting, supply chain or working on the business side.” Many of the tasks have been made easier with digital communications. “You can access everything through your laptop so you don’t always have to go to the site for hands-on work. Being online and talking to your supervisor makes it a lot easier,” she says.

Meanwhile, in India, there is a high proportion of women studying Stem subjects at university and one report estimates that about half of engineering students in the country are female.

Rani Joseph, a computer engineer who works in the Experience Design department at Siemens India in Bangalore, sees increasing numbers of Indian women pursuing careers in engineering. In educated households, the main career choice is between being a doctor or an engineer, she says. She became interested in technology as a child and has three sisters who are all engineers. “I’ve always loved physics and electronics, and I chose to pursue engineering. I could see numerous possibilities,” she says.

While there is a perception that engineering is a male kind of job, she has never felt that her workplace is a male dominated space. “We have a good proportion from a diversity standpoint and lots of female colleagues,” she says, adding that there are women in the organisation working in senior management.

Another area where the UK lags in gender representation is computing, with women accounting for just 16% of specialists in information communications technology (ICT), according to one survey. By contrast, Bulgaria has the highest proportion of female computing specialists in Europe with 28%, followed closely by Lithuania and Romania.

Daniela Milanova, a solutions engineer for Oracle Bulgaria, got the technology bug when she was a child. “I’ve always liked gadgets,” she says. She is a keen motorcyclist and proud owner of a Honda Shadow 750, which she likes to repair. When she was growing up in the 1970s and 1980s, Bulgaria’s government put huge emphasis on making the country a global technology leader. This made technology an attractive career for both men and women.

A graduate in computer science from the Technical University at Sofia, Milanova has worked for Bulgarian bank DSK on projects for the financial sector, telecoms and utilities.

She thinks Bulgaria has a high degree of gender equality in professional matters.

Personally, she says she hasn’t experienced discrimination as a woman engineer, beyond the standard competitiveness of men. “I’m not complaining,” she says, “that’s human nature.”

One controversial study found that countries with greater gender equality, such as those in western Europe, tend to have fewer women Stem graduates. But countries that are viewed as having less gender equality often have more women studying subjects such as engineering. The researchers from Leeds Beckett University and the University of Missouri who carried out the study suggested that less gender equal countries have fewer alternative paths for women to follow so choosing a well-paid Stem career is seen as more attractive. This has been called the “paradox of gender equality”.

Even so, countries with high numbers of female engineers have managed to portray the profession positively and to normalise the idea that it is an attractive field for women. There is much the UK industry could learn from these approaches. 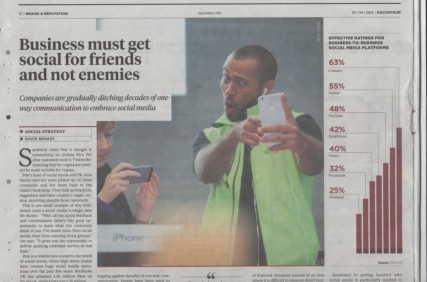 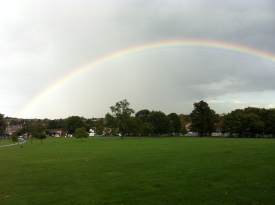